We hope everyone is enjoying their New Year’s resolution to start eating better food. 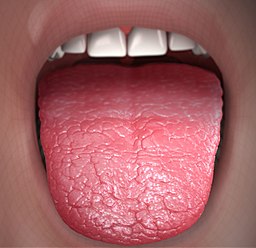 For more inspiration, you can check out this post about the Korean beauty industry’s obsession with anti-aging products from a couple of years ago!

The most recent attempt to end the debate about the cost of the UK’s defence programme is already under threat. A new report on the government’s current plans to end the £50bn, two-year programme will be published before Christmas. It follows an attempt by David Cameron to get his plan out of the way.

The Conservatives have long promised to end the two-year programme. However, the government’s original intention was just to halt its operation. Now, it has proposed a further extension of the programme by two years, until 2017-18, and also suggests scrapping the existing two-year budget by the end of 2016.

One of the most important implications is the possibility that the programme will go further than the government envisages. This is because it will cost more.

The £46bn figure was a key element in the government’s “cut the bill” campaign, which promised to cut the NHS bill by £100 billion by 2020. The government has now suggested a further increase in its defence spending target from £38 billion per annum to at least £43 billion. As part of its counterbalance to that programme, the government has suggested it won’t extend the two-year defence budget beyond 2025.

The government will be under pressure from the Conservative shadow defence secretary, Douglas Alexander, to make its defence spending plan more credible. The government is a member of the coalition, and should have known that its plan to end the two-year programme by its 2016-17 deadline would have had no credibility. The UK’s defence spending for 2015-16 is £46.3bn. The figure is likely to rise before the government’s plans become clear. But until the government is given a complete budget for its own plans, it will be relying on forecasts by the Office for Budget Responsibility to try to cut costs and avoid the inevitable cuts.

But even if it had made its spending cut claim more robustly a year or so ago, the UK’s defence budget would still be £45.5bn, according to the OBR. The report does not specify how